“I was 16, and I was done.” That is how Samantha Huffman recalls thinking back in 2004. She was “done” with education, in her mind. Feeling depressed and awkward at her high school, Huffman dropped out. “I had nothing to look forward to when it came to school, so what was the point?” she said. “It’s not like I was going to go to college. I couldn’t afford it. No one in my family had made it through high school, much less gone further.” 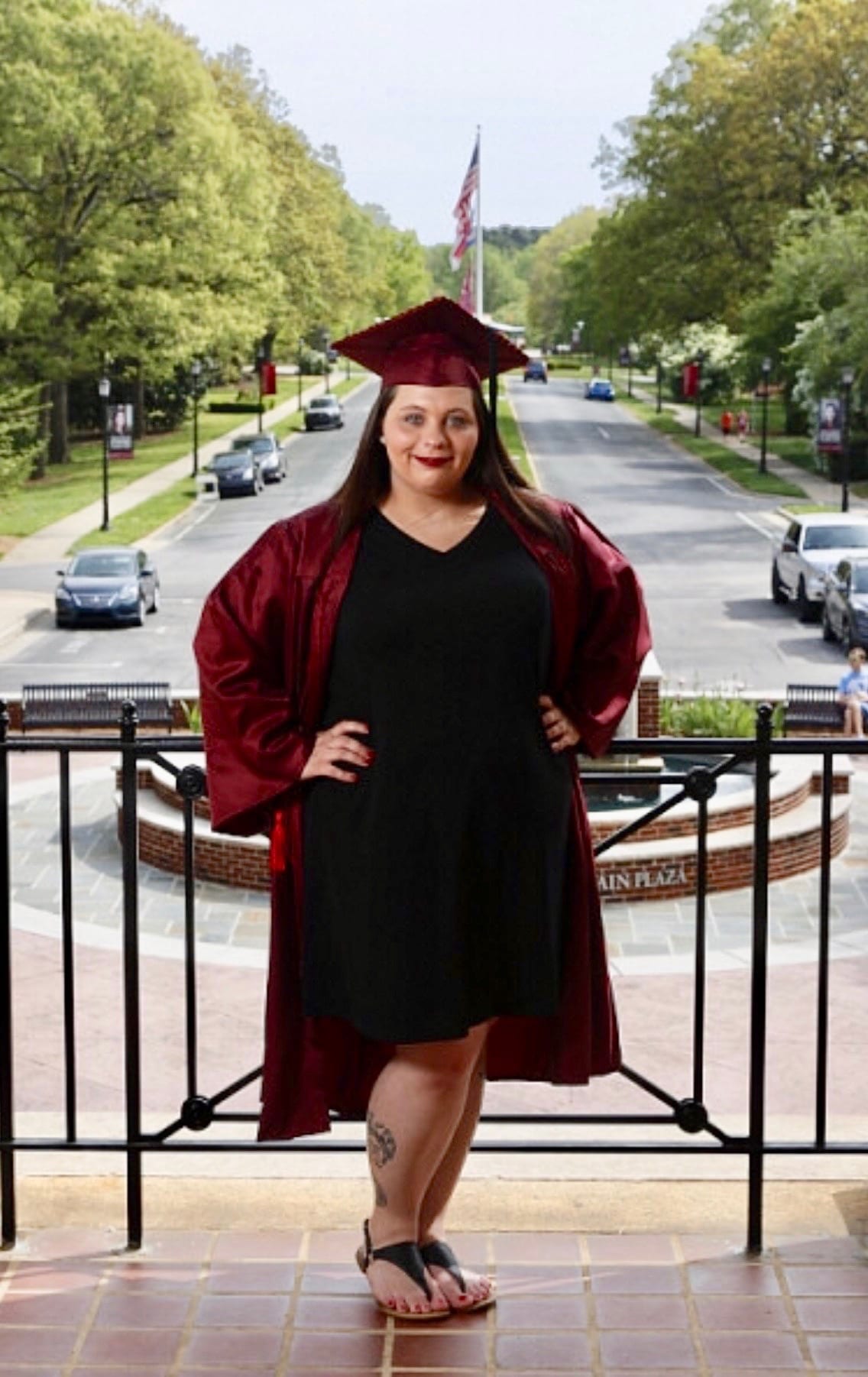 Sixteen years later, Huffman actually has gone further, with a pair of college degrees to her name, thanks to her experience at Vance-Granville Community College.

The story of how she went from high school dropout to college graduate essentially starts with a tragedy, Huffman said. “In 2011, my world was turned upside down,” she reflected. “I lost my best friend, who was also my cousin and my confidant, in a car accident where she was hit head-on and killed instantly. She believed in me and pushed me to do better. At that moment, I made a promise in her memory to change.”

The sort of change she intended to make required education in order to obtain more than what she called “dead-end” jobs. One day in 2012, Huffman heard that Vance-Granville Community College offered night and online class options to prepare for the GED High School Equivalency diploma. “I went, signed up, and took the pre-test,” she said. “I passed the pre-test, and the teacher looked me dead in my eyes and asked me what in the world I was doing there. I did not test like a person with only a 10th-grade education.”

With a level of natural ability that surprised her, Huffman quickly completed her studies and obtained her high school diploma by passing the required test. “My first thought was, ‘Well, that was easy,’” she recalled. “I almost immediately signed up for college classes at VGCC.”

She took her time because she was working two jobs and raising a child while going to school. Finally, in 2016, she graduated from VGCC with an Associate in Arts degree, as a member of the Phi Theta Kappa honor society and a senator in the Student Government Association.

Soon, Huffman transferred her community college credits into Meredith College, with approximately half her tuition covered by scholarships. In December of 2018, she graduated from the four-year college with a bachelor’s degree in English. Now, she works full-time in a job in which she uses her communication skills to create marketing and promotional materials to increase her company’s client base.

“For anyone who thinks school is too hard or takes too much of a commitment, I urge you to walk into any VGCC campus and talk to an advisor,” Huffman said. “They will coach you, mentor you, comfort you, and guide you through schooling that anyone can do and help you achieve any goal you set your mind to completing.”