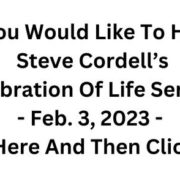 Through his work in Wake County, he gained experience as the chief county representative to federal, state and local governments and was instrumental in assisting the county in its negotiations for business incentive grants with several large economic development investments, according to a press statement issued by Vance County this week.

Prior to his time in Wake County, he spent four years as director of governmental affairs for the North Carolina Wildlife Resources Commission. Before that, he spent more than six years as deputy chief of staff for special projects for the president pro tempore in the state Senate. He brings a wealth of knowledge and experience, having authored several successful pieces of legislation at the state level and has built key relationships across the state.

Dillon has a Bachelor of Arts Degree in Political Science from Campbell University and he has completed various continuing education programs including the Public Executive Leadership Academy at the University of North Carolina and the Colin Powell Professional Development Academy through the National Association of Counties. 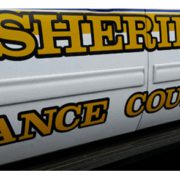 One man is dead following an apparent shooting over the weekend, according to Vance County Sheriff Curtis Brame.

Deputies responded to the 1600 block of Stewart Avenue in the early-morning hours of Saturday, Jan. 28, where they located a male victim. There also was evidence that a shooting had taken place, Brame said in a press statement received at WIZS Friday.

The victim was pronounced dead at the scene by Vance County Emergency Medical Services.

The victim, who later identified as Brian Lamont Burton, was transported to the state Medical Examiner’s Office for an autopsy.

No other information about the circumstances of the incident was immediately available.

The SBI is assisting sheriff’s detectives as the investigation continues. Anyone with information about this case is asked to contact the Vance County Sheriff’s Office. 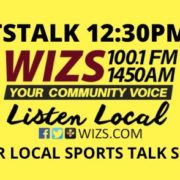 As unlikely as it may seem, there are two people named Lance Stewart based in the Charlotte area who operate cameras in sports arenas and venues across the country for outfits like Raycom, FOX and ESPN.

But only one of the two is from Henderson. And “our” Lance Stewart chatted with George Hoyle, John C. Rose and Bill Harris Thursday on Sports Talk as he made his way to his next assignment.

Stewart is a 1988 graduate of Vance Senior High, where he snapped photos for the school yearbook and newspaper. His interest in both sports and photography continued in his college years at Elon, and it’s there that he developed (pun intended!) an interest in video production.

He hung around Elon for awhile after he graduated in 1992, making his way as a free-lancer until he took a buddy up on his suggestion of moving to Charlotte.

He has a vivid memory of that time: “The day I went down to look for an apartment, they announced the franchise,” Stewart recalled, referring to the Carolina Panthers.

He’d been a Houston Oilers fan, but they’d moved to Tennessee, so he hitched his wagon to this new North Carolina team. And just a couple of years later, he found himself working the games.

“I’ve been fortunate to work their preseason team since they’ve been a team,” Stewart said.

Whether it’s the Panthers or the Hornets in Charlotte, the ‘Canes at PNC in Raleigh or the Little League World Series in Williamsport, PA, chances are Stewart is there, working his magic with the cameras to capture all the action.

He does this as a freelancer, which means he depends on others to pick up the phone and call him about jobs.

That’s exactly how he got to check off one of his “bucket list” gigs: working the Little League World Series.

“Growing up, watching it,” Stewart said of the international competition, he said he remembers thinking, “that is really cool, I would really love to do that someday.” That someday came a couple of years ago when he got a message from a business contact asking him what he had going on in August. When he learned that it was doing camera work for the Little League World Series, he had just two words: “I’m in.”

“It’s something that I really look forward to every year. The Little League (World Series) is amazing because you’ve got all these kids from different countries…and the excitement they have” is something to see.

Stewart gets to see a lot of the action through the cameras he uses.

It’s work, to be sure, but he said he feels so fortunate to be one of those people who gets to do what they love and love what they do.

“Even if it’s back-to-back Hornets games,” he said, “no two days are the same.

He puts in a lot of miles traveling by car during basketball season, and he’s flying just about every weekend to work during football season, but you’ll not hear Stewart complain one bit.

“I get to cover the teams that I love – the Panthers, Hornets, and occasionally the Hurricanes – I’m getting paid to see my favorite teams play,” he said. “I’m very blessed and very fortunate.” And although it was a radio interview, odds are he had a great big smile on his face. 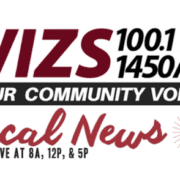 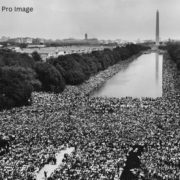 Martin Luther King Jr.’s now-iconic “I Have a Dream” speech was delivered at The March on Washington.

As we celebrate Black History Month, please enjoy by clicking play below the first in a weekly series here on WIZS as produced by our Steve Lewis of the WIZS Weekday Wake Up! 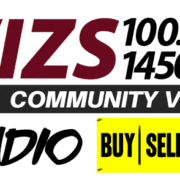 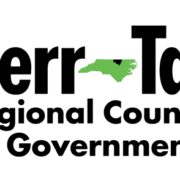 Professional caregivers and family members who care for loved ones with dementia can attend a workshop later this month at Vance-Granville Community College to learn about ways they can manage their roles.

Michael Patterson is a family caregiver specialist with the Kerr-Tar COG, the agency sponsoring the event on Tuesday, Feb. 21. The daylong workshop is $15 for individuals who are caring in some capacity for a family member with dementia and $40 for professional caregivers.

Patterson spoke with John C. Rose on Wednesday’s TownTalk and he discussed details of the regional workshop, as well as a couple of other programs that may be of interest to caregivers.

Sharing information about available community resources takes up a good bit of Patterson’s time, but that’s his job, he said.

“I like to be an asset to our caregivers in the region. Sometimes, they just need someone they can call and ask questions to,” he said.

The respite voucher is one program that caregivers can access, he said.

This program provides up to $750 that caregivers can use to pay for in-home aid assistance, so they can have a break to run errands or complete other tasks and be assured that the loved one will be cared for in his or her absence.

This program isn’t tied to family income or the person’s financial situation, Patterson said. Rather, it has more to do with the age, diagnosis and the ability of the patient to complete certain daily living tasks, which Patterson calls activities of daily living, or ADL.

Another program involves a community partnership with Harold Sherman Adult Day Care. There are scholarships available to allow patients to spend the day at the center.

“It’s been a great partnership,” Patterson said, adding that he has worked closely with its director to get the partnership established. “It’s a fairly new program and we’re excited about expanding our reach and opportunity.”

The day program enhances patients’ mental capacity and keeps them active and engaged throughout the day, Patterson said.

Dementia expert Teepa Snow will be the featured speaker at the Feb. 21 workshop, and Patterson said she will help participants fine tune communication skills with those individuals suffering from dementia.

It can often be very stressful dealing with family members and loved ones who may ask repetitive questions or exhibit personality changes as a result of their health condition. Knowing how to effectively engage with them may be helpful, he said.

Patterson said the workshop also will help caregivers learn “how to physically approach (dementia sufferers) and how to care and have compassion for those with dementia.”

Learn more at www.Kerrtarcog.org and click on Adult and Aging Services in the options listed. 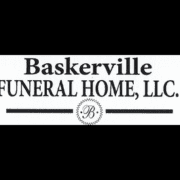 The chapel of Baskerville Funeral Home, LLC is the site of an upcoming community information session, during which a variety of topics of interest to local residents will be discussed.

The public is invited to attend, and topics for discussion include gang activity, COVID updates, at-risk youth, food insecurity, social and emotional learning and community health workers, according to information received at WIZS.

The funeral home is located at 104 S. Chestnut St. in Henderson.